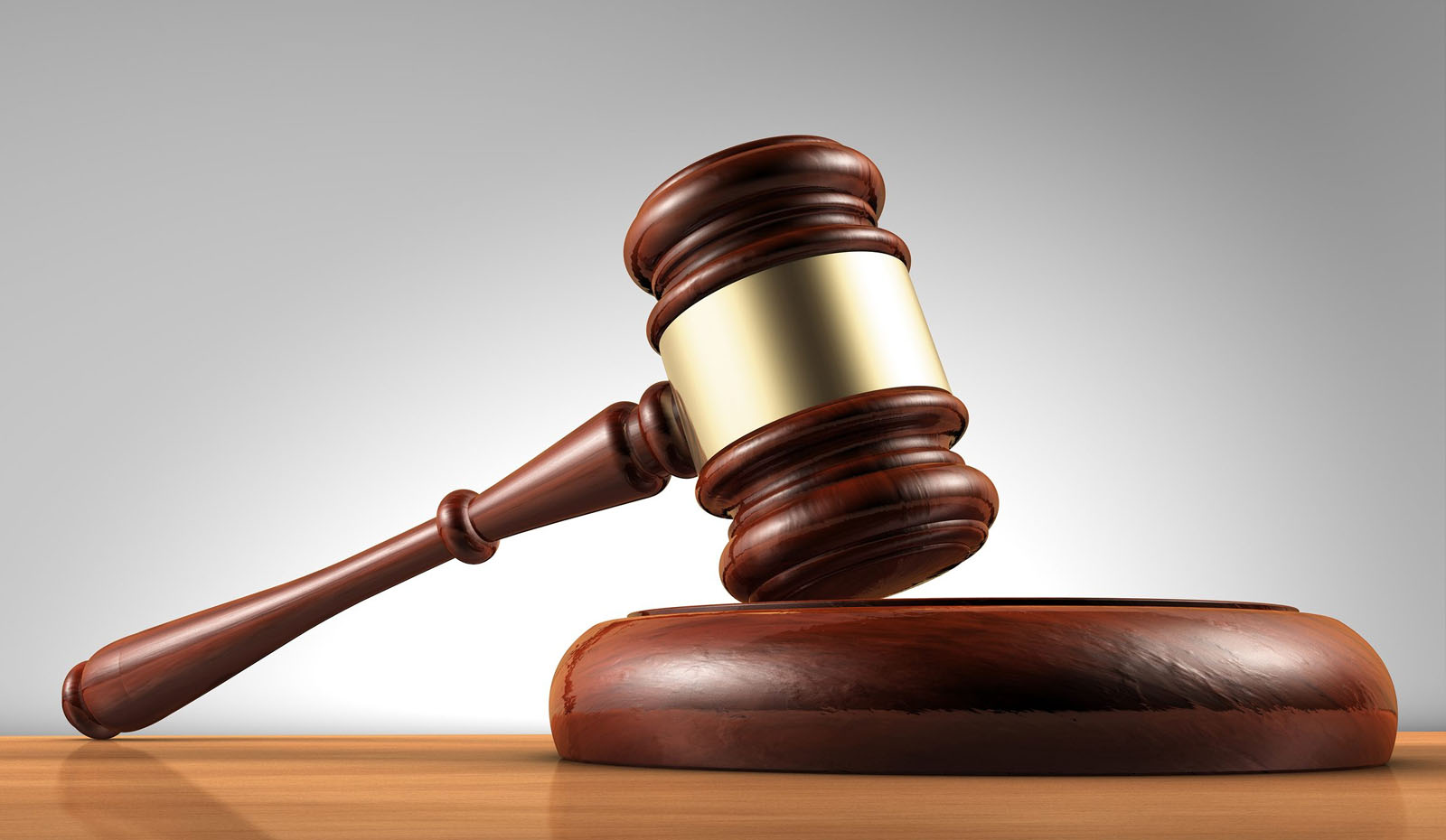 In the case where Instructing Attorney Mark Fulford provided affidavit evidence challenging Governor Dakin and Premier Cartwright remote trial laws, a prominent lawyer in the Turks and Caicos Islands has described as “shrouded in secrecy”, a new law which proposes that judges and magistrates can sit and hear cases outside this country; and he argued that the local Attorney General should be called up to explain all the circumstances surrounding how the legislation came into existence.

Queen’s Counsel Ariel Misick said it “it is not good enough” that Attorney General Rhondalee Brathwaithe-Knowles, QC, delegated the responsibility of swearing an affidavit about the new legislation to a junior attorney in her chambers, Principal Crown Counsel Ms. Clemar Hippolyte, who he said has no knowledge of the facts encompassing the new Emergency Powers (Covid-19) (Court Proceedings) Regulations 2020, which were made by Governor Nigel Dakin last month.

Misick said Hippolyte’s affidavit is pregnant with hearsay, adding that it did not meet the criteria prescribed under the Rules of the Supreme Court Order 41 rule 5 (1) which restricts the contents of an affidavit unless the person is able on their own knowledge to prove such.

Misick, who is being assisted by attorney Selvyn Hawkins, also of the lawfirm Misick & Stanbrook, made the observations on Thursday, May 14th, 2020, during a legal challenge in the form of an originating summons, to the validity of one of the provisions in the new regulations, by defendants in the ongoing Special Investigation and Prosecution Team (SIPT) trial.

Regulation 4 (6) provides that “the courtroom shall include any place, whether in or outside the Islands, the judge or magistrate elects to sit to conduct the business of the court”.


Legal analysts said this particular provision appears to have been drafted solely to target the SIPT trial, as with the exception of their trial judge, Mr. Justice Paul Harrison, who has returned to his native Jamaica, no other judge or magistrate is “outside the Islands”.


Under the Supreme Court Ordinance, the jurisdiction of the Supreme Court is expressed to be “within the islands”. Whilst the Constitution provides that the Court of Appeal can sit outside of the territorial boundaries of the Turks and Caicos Islands, there is no such provision enabling the Supreme Court to do so.

The case is being heard via video-link by Supreme Court Judge Her Ladyship Tanya Lobban-Jackson.

Andrew Mitchell, QC, the lead prosecutor in the SIPT trial, is representing the Attorney General, along with fellow SIPT prosecutors Quinn Hawkins and Kate Duncan.

Meantime, Misick told the court that because of the importance of the matter, the Attorney General should have been the one making the affidavit. He therefore suggested that Hippolyte’s affidavit be withdrawn and replaced by one which satisfies the requirements of the law.

“In a matter of this nature, where the Attorney General as the guardian of the plaintiffs’ rights, is made a defendant to vindicate those rights, it is not good enough for the affidavit to be sworn by someone who has no knowledge of the facts,” Misick stated. “It is not the case that the evidence surrounding the making of Regulation 4(6) is known. It is shrouded in secrecy….The correct person to have sworn this affidavit would have been the Attorney General who has a duty of candour in proceedings of this nature, to put the full facts before the court.”

Misick told Her Ladyship Lobban-Jackson that she would see from the proposals that were put forward by the Chief Justice Her Ladyship Mabel Agyemang, that there was nothing in them that is equivalent to Regulation 4(6).

He added: “Then suddenly when the Regulations came out, Regulation 4 (6) appears; and one of the central grounds on which this originating summons is based, is that Regulation 4 (6) violates the separation of powers doctrine, therefore it is critical in these proceedings to ascertain the full truth surrounding how it was proposed, who proposed it, who had a say in it, and how it was resolved. There is nothing in the evidence which tells you anything about Regulation 4 (6).”


Misick noted that particularly in cases like this which were brought by an originating summons, the plaintiffs would have the right to cross-examine whoever made the affidavit in order to solicit facts and information to support their case.

“There would be no point in calling Ms. Hippolyte to be cross-examined on her affidavit because she can’t help,” Misick added. “She doesn’t even state the source of her information, and my learned friend (Andrew Mitchell, QC) never addressed that. She never stated where she got the information from, so the plaintiffs are not able to make further enquiries to establish from the source, the facts and matters which they believe are relevant. Of course, it is a matter for you (the judge) whether you admit the evidence, and if so, what weight you attach to it.”

Misick told the judge that one of the powers available to her is to completely strike out the affidavit, but he is not asking for that.

He called for the affidavit to be “re-sworn by someone who is able to give evidence from facts within their own knowledge” and told the judge that if she would like to give that direction, even at this late stage, he would not object.

Misick noted the Attorney General should not have been taken by surprise by his application to have the affidavit re-sworn, because immediately after the affidavit was received by his law firm, its defects were brought to her attention by correspondence in which he told her it did not satisfy the Supreme Court rules.

The Queen’s Counsel said he pointed out to the AG that Hippolyte’s affidavit did not disclose or exhibit the sources from which she deposed the facts stated.

His letter also said that Hippolyte “casually and scandalously” referred to the proceedings to which the plaintiffs in this action are defendants as the corruption trial involving the plaintiffs, and that the reference to the trial and the defendants in such a way is clearly designed to cast a negative perception on the character of plaintiffs in this action and should be struck out in accordance with the Supreme Court rules.

Misick said that instead of considering the points made in his letter, a response came back from the AG’s Chambers “with indecent haste” saying that they do not accept the contents of his letter, nor his assertion that Hippolyte’s affidavit was somehow in breach of the Supreme Court rules.

He told the court that the AG’s letter stated that everything that was set out in the affidavit was a matter of public knowledge.

According to Misick, in Hippolyte’s affidavit she said she was duly authorised by the Honorable Attorney General to respond to the affidavit that was sworn by Mark Fulford, because the AG is “currently busy in Cabinet and His Excellency the Governor in seeking to plot a course” during the CIVID-19 pandemic and instructed her to respond to the issues raised in the originating summons.

He noted that Hippolyte also said the purpose of the affidavit is to set out factual matters in response to the issues that were raised. While pointing out significant areas of Hippolyte’s affidavit which he said “go to the heart” of the originating summons, Misick noted that the Principal Crown Counsel also stated: “The new Chief Justice was also considering strategies to enable the judicial branch of government to do its work and she decided to consult the stakeholders.”

Also in the affidavit, she stated that “one of the issues which caused some reflection was whether the Chief Justice could authorize a judge to sit somewhere other than in the designated courts of Providenciales, Turks and Caicos Islands …. it was considered that this may not have been within the remit of the Chief Justice who was making the powers”.

Queen’s Counsel Misick said Hippolyte gave no indication of who considered it and who thought it was necessary, adding that the only person who can give such evidence would have been the Attorney General and/or possibly the Chief Justice.

He also noted that in another section of her affidavit, Hippolyte purports to give expert evidence on Cayman Islands law, but she is not an expert on that.

The Queen’s Counsel also told the court that in another paragraph in the affidavit which he described as a “very egregious assertion of fact of which she is unable to sear the truth of”, Hippolyte stated that “all of the above were considered by the Attorney General and the Chief Justice at the time when the legislation was made”.

He argued that she cannot say what the AG and CJ considered, as she was not part of their discussions.

Equally as egregious, he added, was when she said: “Whilst the corruption trial was in mind, and when the regulations were made, it was only one of the many issues that needed to be addressed by the Executive”.

“She is not able to say what were the issues that were addressed when the regulations were made, or whether this was one of them, the only one or others. All she can do is point to the regulation, and that’s a matter for your (the judge’s) interpretation.”

Madame Justice Lobban-Jackson is expected to give her decision on Thursday, May 21st.