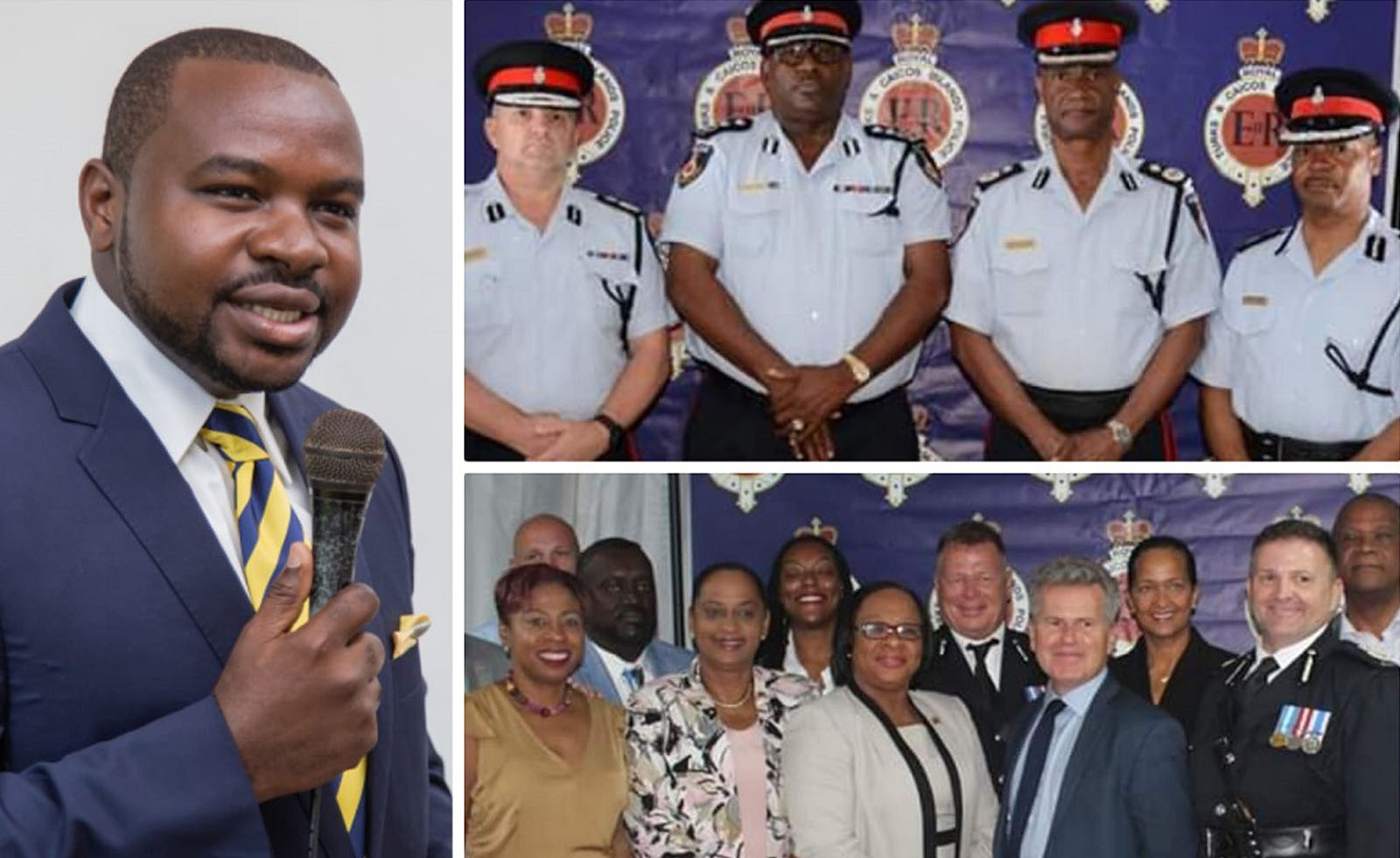 Another Sunday, another week gone by riddled with crime, from two broad daylight robberies of business establishments, to a bloody ATM shooting, to two stolen cars, to robbing a lone woman on Bible Street, (for Christ’s sake), to shooting a good Samaritan who was giving a ride to a hacker, to a man being shot in the head-stiched up and put on a flight, to an all out rain of bullets like at a man sitting in a car in the parking lot of the infamous Five Dollar Bar.

In a week where new Leadership takes the helm of the Police Force, (itself plagued by internal problems, to which one hopes Botting has ears to listen and the head to change from within), we would expect new blood would signal a new approach to policing from Tuesday 13th August 2019 the day after elected officials from Government and Opposition were seen grinning and posing up with the new executives of the Police Force.

The perpetrators who committed these heinous acts from Tuesday 13th to Saturday 17th August did not take a single day off. They wreaked havoc on our society; displacing and disturbing any sense of the calm, peaceful place we all knew. We want our police to exhibit publicly a similar ferocity as the criminals towards hunting down and bringing these perpetrators to justice!

In 2017, I called on the then newly installed Governor Freeman and Commissioner Smith to implement the Fulford Threefold Solutions to stem crime. Neither of them heeded my call. Now, two years on, crime seems to be metastasizing its way into the everyday fabric of our society. It seems as if the then Top Cop tried everything but the Fulford Threefold Solutions. I am calling on this new leadership of the RTCIP to try a new approach to crime. There are many solutions that I will like to see implemented, however the top three solutions that can be implemented now to stem crime involves, firstly a confidential Informants program, secondly, organized and routine sting operations, and thirdly, daily Traffic stop, search and seizures.

a. Allocate half million dollars for the immediate implementation of a secure confidential informant program to allow the CI to provide useful and credible information to a Police Officer (CID) regarding criminal activities;

b. In exchange for that information once proven to be credible the CI would be paid”.

c. CID paid Informants in and from the communities of The Bight, Blue Hills, Cheshire Hall, Leeward and Five Cays, would open a line of effective communication. Cultivating informants in these areas could lead to many arrests and may lead to solving “cold cases”.

Some people may think this is “snitching”. I reject that. Instead, introducing informants could reignite a community spirit and also drive the fear back into the criminals, which is desperately needed right now. Informants can help reduce crime by putting criminals in jail through gathering intelligence that may distil new patterns that some law enforcement officers find hard to ascertain. But an informant – particularly one that may have once engaged in criminal conduct – will always know what is going on in the streets of the community. This knowledge base and strategy develops into critical case models and Countries all over the world turn to CI implementation, when crime is ‘out of hand’. Now, maybe it is our turn to explore this option.

Commissioner, may also want to consider setting up various sting operations throughout the islands of Provo and Grand Turk. Here is why: We know of the constant attacks of persons at the ATM Machines, so have CID officers dressed in plain clothes and use the ATMs at weird times in order to bait these brazen criminals to attack. The same can be done using fake tourist to walk the streets of Grace Bay. Here is what I would tell the head of the police: Commissioner you must put the fear back into these criminals and one way you can do so is to strike back through sting operations throughout Provo & Grand Turk.

Implement a 24 hour around the clock random stop and search at every round about. Perpetrators are riding around with guns without any fear of being caught. Do this for the entire remainder of the year, and see the fruits that will be yielded from your labour. I am certain this Government would have no objection to paying these officers overtime for us all to feel safe again, and implementing these three measures is a good start that don’t require nothing more than a signature to get done.

Certainly we have excellent committed Officers who serve proudly. But we must now admit that evidence of force corruption or criminals being tipped off by police officers has become too frequent to ignore. This puts other Officers lives in danger and undermines police work. Second, these measures must become permanent as part of a ‘zero tolerance’ attitude to crime. However, there is one species of crime that is the most dangerous for us, and that is where criminals from surrounding countries come for a few days and run wild in our country, wrecking its reputation. The key thing here Mr. Commissioner is there must be persons and even Turks and Caicos Islanders – who have forgotten their duties as citizens – who are facilitating these people. You must develop a strategy to deal with this, such as shared bail lists with neighbouring Countries.I know we cannot have the TCI we had 30 years ago. But there is no reason why we cannot reduce crime to the lowest per capita in the world! If we fail in this crime challenge we will end up with the TCI we deserve, but in which we will not and cannot survive.