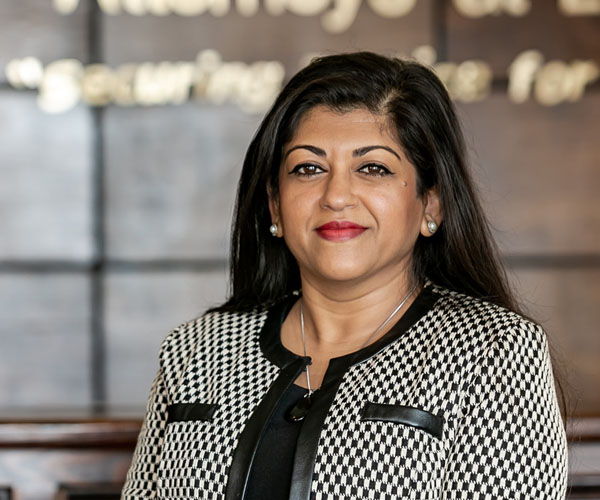 Shanta started off her legal career in 2003 as an Associate at Messrs R. Persad-Maharaj & Co., a small well-established and reputable law firm in Port-of-Spain, Trinidad & Tobago where she acted as instructing attorney in several matters to Devesh Maharaj & Associates.

She then left to take up the post of Assistant Registrar General, Ministry of Legal Affairs, Trinidad and Tobago where she had oversight over the Land, Companies and Civil Registries from 2004-2009.

In 2009, Shanta moved to the Turks and Caicos Islands where she held the posts of Senior Assistant Registrar and Registrar for the Supreme Court and Court of Appeal from July 2009- September 2012. She subsequently moved on to join the local law firm of Karam & Missick as an Associate where she dealt mainly with conveyancing and debt collection matters for several corporate clients.

In 2013 she moved to Stanbrooks Law for a period of approximately two and a half years prior to joining the prestigious law firm of F Chambers as an Affiliate.

Shanta in her affiliate capacity at F Chambers deals mainly with conveyancing, debt collection matters, trademarks and patents, succession planning and corporate/commercial matters. She brings with her, the experience gained in working in these posts, her expertise in dealing with people from all backgrounds and a solid reputation of trust and confidentiality.

Ms. Narinesingh also has training in Mediation and is a qualified Anti-Money Laundering Specialist who has assisted the Regulatory Commission of the Islands in their campaign to raise awareness and compliance with AML laws and obligations. Shanta is also an active member of the TCI Association of Company Managers and Agents and the Turks and Caicos National Cancer Society