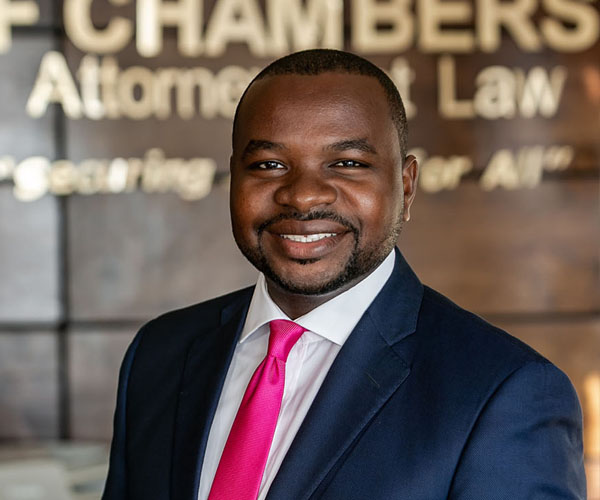 Mark Anthony Fulford is a Managing Partner at award winning law firm F Chambers Attorneys based in Providenciales, Turks and Caicos Islands. He is an organizer and communicator with extensive experience in public administration and policy making and banking. His expertise lies in Inward Investment, Corporate Structuring, Development, Immigration, Employment, Real Estate and also litigation.

He is an outstanding graduate of the University of Buckingham Law School and the first Turks and Caicos Islander to receive the coveted Merit Prize Award.

Fulford is sought after in the TCI and indeed the region for his expertise with government relations given the influential network of power brokers, he has been able to amass from his stint in public administration. Mark is experienced in representing clients before executive and legislative branches of government. He has work with senior Government officials on issues of legislative concerns for his clients that stem from inward investment, business licensing, Immigration, Human rights, planning and zoning.

In terms of litigation, Fulford has successfully conducted numerous cases in the Magistrate Court, Labour Tribunal, Supreme Court and Court of Appeal in the Turks and Caicos Islands. He has appeared in the Privy Council in England before the full court of Supreme Court Justices bar one defending the first Premier and his four Ministers’ constitutional right to a trial with a jury.

He served as the President of the TCI Bar Association Legislative Committee. He is a founding member and Chairman of the Advocates Legal Group, which is the largest group of Legal Aid lawyers that undertake litigation for the indigent. He is a member of the International Bar Association and sits on the Law Firm Management committee. Fulford has served as Special Assistant to the first Premier of the TCI and as an Advisor to the second Premier of the Turks and Caicos Islands.

Mr Fulford has also been Counsel to the Special Envoy to the House of Lords, UK, dealing with the 2009 constitutional crisis following the global economic crisis in 2008 . Mr Fulford has also been General Counsel to the Turks and Caicos/Canada Trade Mission, the aim of which is a Friendship Treaty between Turks and Caicos and Canada under the third Premier.

Mr. Fulford has enjoyed a number of public interest successes, namely preventing the Police from collecting ﬁngerprints for routine police records. He is the vice President of the Premier’s Cup- an annual charity golf tournament that has donated just shy of $500,000.00 from its inception to date. He has served on various statutory Boards and most recently was the Chairman of the National Health Insurance Board where a package of reforms was led by him and approved for implementation.

Fulford is a founding member and Chairman of the Board of 17 Directors for United Way of Turks and Caicos Islands whose focus areas includes: “Yes I Can Read” Intervention Program, roof restoration project of 15 elderly citizens homes, school-based crime prevention programs as well as programs to address the youth employment set backs.

In his spare time if he is not researching the law, he can be found on the golf course lowering his handicap. Fulford is married with two beautiful daughters.