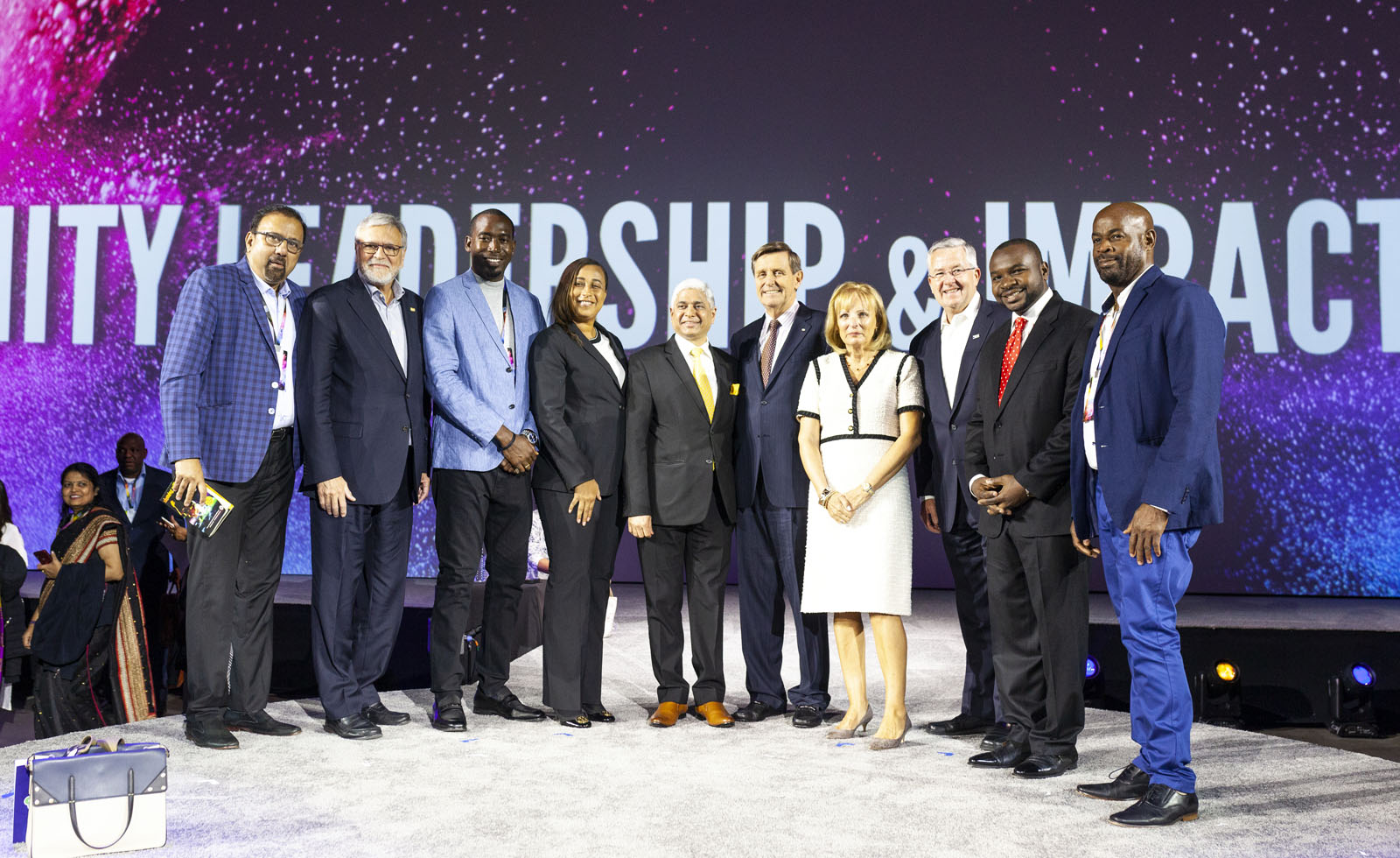 United Way Turks and Caicos Islands was well represented amongst 41 United Ways from around the world attending the Community Leadership Impact Conference 2019 in Toronto, Canada.

Community Leadership & Impact Conference, United Way comprised of three full days of meetings bringing together corporate leaders within the United Way global network of community impact executives and board leaders. The overall goal was to harness the collective resources in the fight for stronger communities around the world.

During the three-day event– the founding Donor family for United Way Turks and Caicos chapter, Rick and Lynne Waugh were honoured with the prestigious Alexis De Tocqueville Award – recognising their lifelong work with United Way, and most recently their accomplishment of funding and establishing United Ways in six Caribbean countries. United Way Turks And Caicos’ Chairman Mr. Mark Fulford made an impressive appearance on the worldwide stage at the United Way Community Leadership Impact Conference in Toronto. A true representation of Turks and Caicos was displayed as he was one of the presenters bestowing the prestigious honour of the 2018 Alexis De Tocqueville Award to Mr. Rick & Mrs. Lynne Waugh.

Executive Director Ms. Claudine Ewing Commented – “We were thrilled to feel that we have a direct hand in the work of such a great organisation and know that it will have an impact where we live.” UWTCI Chairman Mark Fulford commented – “ Our representation at the CLIC Event is historic. We are now not merely participating, but leading the efforts jointly with our international friends in having an impact at home and aboard. This is important, because our values aim at the improvement of human life, and wherever we can serve that value both at home and aboard, we feel gratified in the substance and significance of our organisation’s work.”