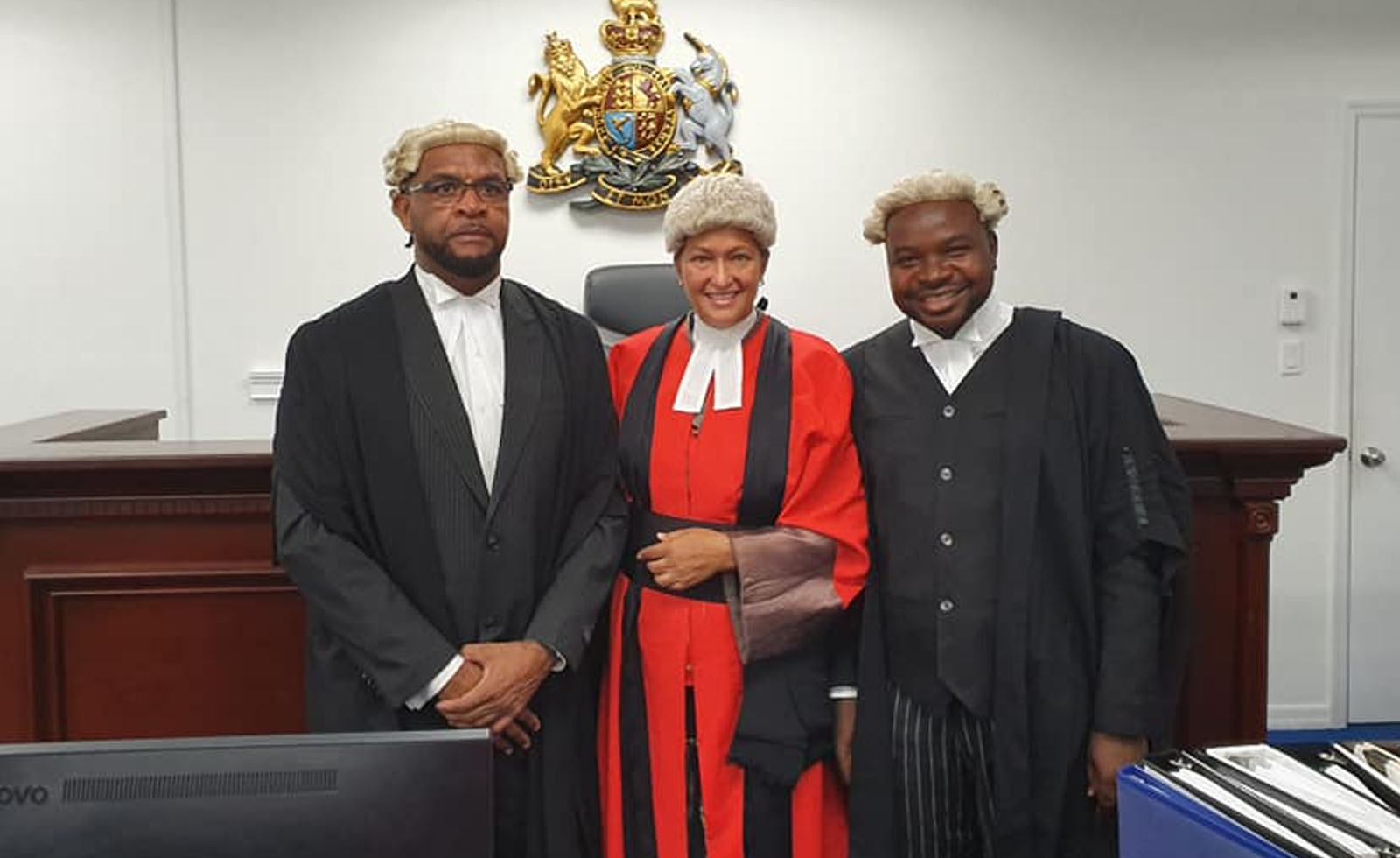 It was a momentous occasion to present John Ewing as a fit and proper candidate to be called to the Bar of the Turks and Caicos Islands after undergoing his pupilage at F Chambers Attorneys at Law since 2018 to Present.

John was supported by a packed court room of family, his 4 children, his brothers and sister, his Mother and various other relatives. Also on hand was his NIB family and his F Chambers family!

In presenting him to the Bar to be called as a fit and proper person, Managing Partner Mark Fulford spoke of John’s admirable work ethic of working to the very end to get a task done regardless of the time of the day or night! John keen sense of duty for service to this country in his long career from DECR where he rose through the ranks to NIB where he serves with distinction is remarkable!

In welcoming John to the Bar, the Chief Justice reminded him of his first duty which is always to the court and secondly to his colleagues at the Bar. Her Ladyship also reminded him that it was not for attorneys to make disparaging remarks about the Bench/Judiciary nor of their colleagues as such remarks can bring the legal profession into disrepute. John was also invited by the Chief Justice to take up a cause for good and without financial reward as his way of giving back to society and the TCI.

In his remarks as the newest Attorney in TCI, John highlighted what was a long hard road to today, where at times he felt like giving up whilst studying in the cold and wet England but he persevered through his faith in God, the encouragement of his adult children, the prayers of his mother and support of his NIB family, including Leroy Tull and Rhesa Cartwright!

John credits his Pupil Master, Mark Fulford of being a man to his word for helping him whilst in university right up to today and thanked him and all those who gave of their time and finance to get him to this point in his life.