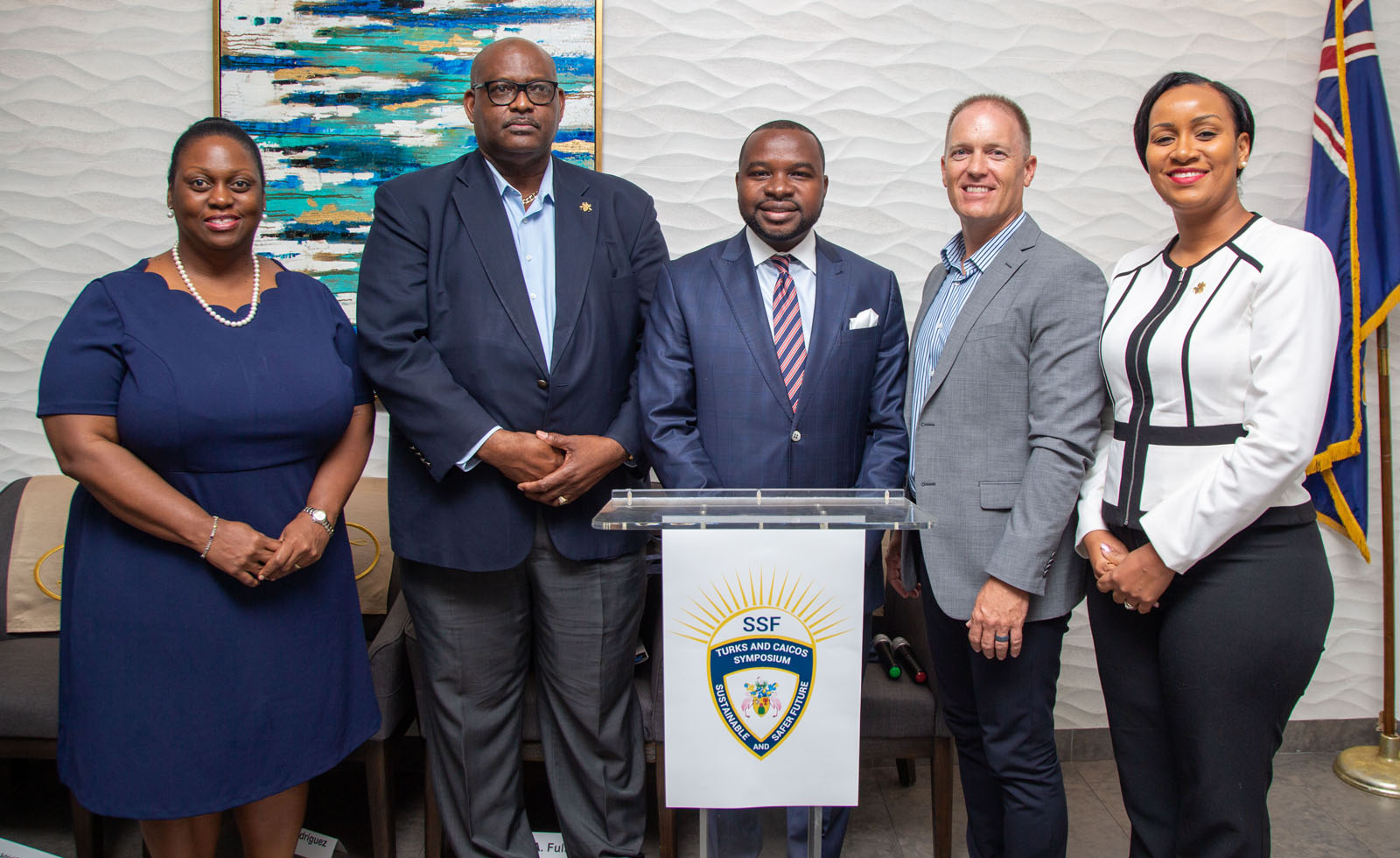 In a strong showing on October 17th, F Chambers and TCHTA organised and led an impressive cast of experts in a bid to create action points to form solutions and to bring much needed attention to the surge in serious Crime in the Turks and Caicos Islands and the far reaching implications for our island nation.

The Symposium which is the brain child of Mr. Mark Fulford, F Chambers Managing Partner was held in partnership with the Turks and Caicos Hotel and Tourism Association (TCHTA). It comes as a direct response to the staggering rise in crime in recent times which has left citizens alarmed, and needs continuous solutions to keep our reputation of a tranquil Turks and Caicos in the eyes of the world.

His Excellency, The Governor Nigel Dakin led off the evening’s events with a video message. The Symposium was well attended by senior public officials to include the Acting Governor Her Excellency Anya Williams, The Hon. Attorney General Braithwaite, His Honor the Speaker of House of Parliament – Hon. Dwayne Taylor, Acting Police Commissioner Rodney Adams, The Commissioner for Human Rights Sabrina Green, Governor’s Appointed Member, Hon. Temard Butterfield and the Hon. Royal Robinson, former Minister of Finance, together with a host of business community leaders. Those attending and watching live around the country, in the Bahamas and around world, some as far away as Hong Kong expressed keen interest in the evening events.

The line up of speaker were:

Mr Fulford utilized his speaking time to explore the possibility of the implementation of a “Tripartite Strategy” to address crime in the TCI. Speaking to Mr Fulford about the event he said: “I became even more gravely concerned because my grandfather was the victim of a still unsolved murder. So this is personal to me. Second, like every Belonger, I am used to a tranquil TCI community where we walk about freely and see each other without fear or apprehension that we may meet upon some violent situation and this has been the way things have been in the TCI for most of our lives. I am stunned at the growth of violent gun related crimes and the underlying drug culture emerging with it. Therefore, there was nothing political or partisan about this event, it was an event geared for anyone who is similarly concerned about this alarming surge in crime and who wanted to hear about or make possible suggestions to stem the surge. People and participants from across the political spectrum attended and that warmed my heart because, if we don’t address this issue, we will lose the Turks and Caicos as we have come to know them and lose our path to prosperity for current and future generations”.

Asked about the substance of the event Mr. Fulford replied: “I am so pleased with all participants. I also want to note that even though they were not formally on the speaker’s list, our Deputy Governor, our Attorney General and our Deputy Police Commissioner who were on the panel of speakers brought brilliant remarks, which shows how impressive we Turks and Caicos Islanders are, as they spoke with expertise on every aspect of our crime problem. There remarks left me feeling humbled by their presence and their dedication to put the TCI back on track – and that includes the Human Rights Commissioner. It says a lot about our community, it shows that if we, as private citizens, we as the industry and business stakeholders can come together in a private and public partnership, we can overcome this crisis, this means we can come together and overcome anything”.

Mr Fulford was asked also, if he made anything of the Premier’s not being in attendance? He stated unequivocally “No. The Governor who works with the Premier, the Deputy Governor who serves with her, the Attorney General was there. There is not doubt that the Premier wants the crime problem solved. I am going to say I believe she is committed to that. But this symposium was for the stakeholders to express its concern and set out terms for its commitment to assisting public officials. That is an important process in a democracy and I hope to engage the Premier on what we discussed and I am sure she will lend a listening ear and you and the public will see the effects of our commitment and the government’s resolve.”

Turks and Caicos Hotel and Tourism Association president Todd Foss felt the 1st Annual Symposium on a Sustainable and Safer Future was positive, productive, and well-received by those attending. “From political and public service leaders, concerned citizens, and many private sector representatives, the room was full of people who care about the country and want to ensure every Turks and Caicos Islander and resident can enjoy a safe place to live and work”.

Foss went on to say, “All the presenters and audience members that spoke or asked questioned were thought-provoking and offered real ideas and solutions. The Attorney General, as well as the Deputy Governor, did an excellent job at the end of the evening summarizing the many initiatives and legislative work being done to deal with all aspects of the criminal justice system. Clearly, this is a complicated issue and solutions will involve a long-term holistic approach – this is not as simple as a policing issue. I think a powerful theme coming from the evening is that, whether you were born in the Turks and Caicos Islands or not, this is an issue that can only be defeated by the country working together as a whole. Everyone is going to have to do their part”.

The main takeaways from the First Annual Crime Symposium were:

Mr. Fulford ended by saying: “I am not sure whether all we proposed will be rolled out. However, the goal is to generate a culture of participatory democracy in which there is strong community involvement in public administration. I believe in all areas, not only in crime, the people of Turks and Caicos are demanding that participation and demanding to be heard, it has to be a National collaborative effort. I think we achieved that in some small measure tonight”.