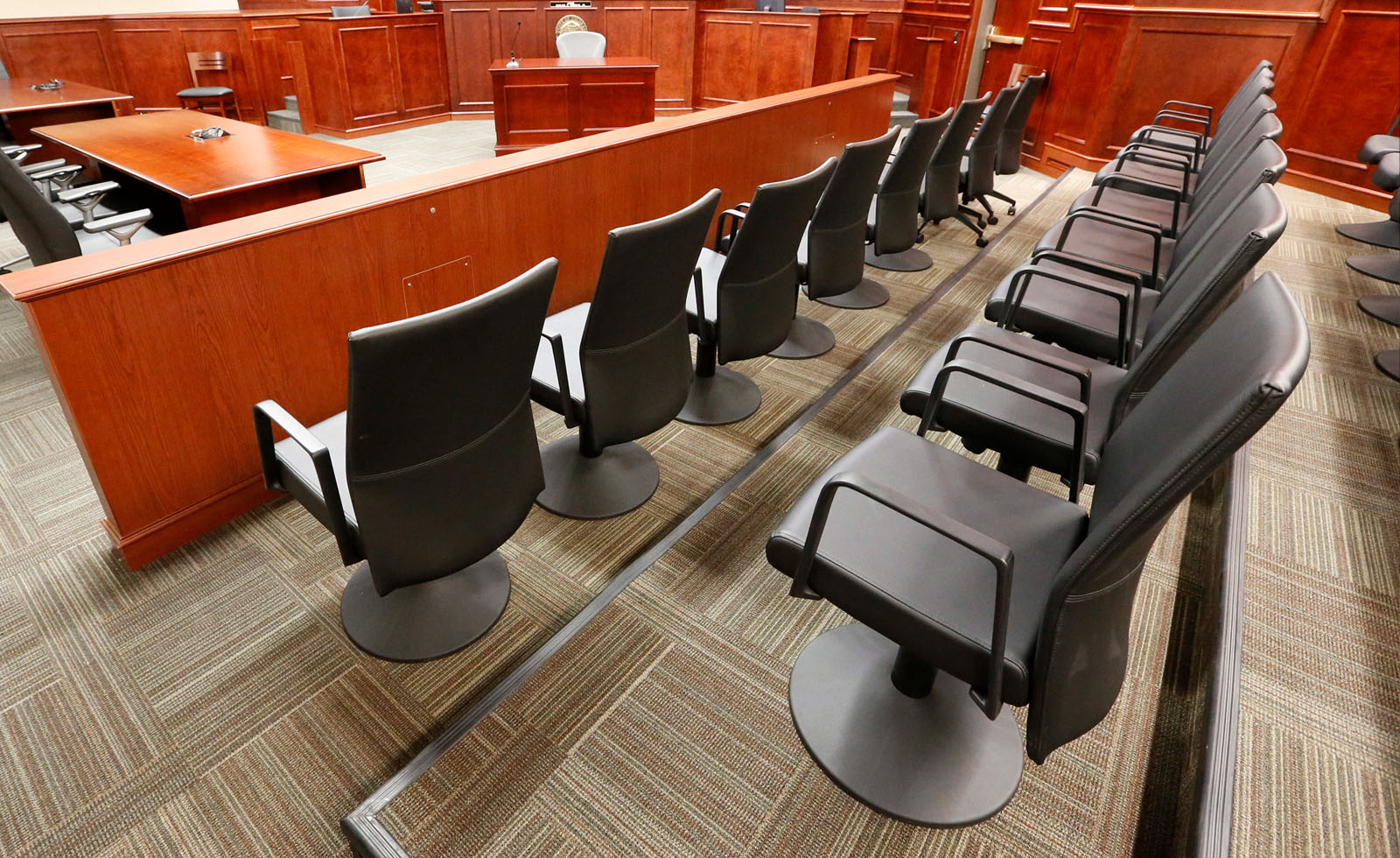 I  oppose the suspension of jury trials and remote court trials. I oppose it and submit humbly: that access to justice being delayed cannot amount to such access being denied.

In his judgement in the Somerset Case in 1772, the great Lord Justice Mansfield started the principle concerning justice and crisis.

He said: “Let justice be done though the heavens fall”. I believe in that principle and from that I conclude: This proposal lacks the constitutional safeguards to ensure a fair trial and undoubtedly requires the accused’s consent, consent which cannot be legislated away under any circumstances. That is what the rule of law means.

A more measured and systematic approach should be taken. Under this proposal, I submit:

The running thread of my proposals is that any system to be implemented during this crisis HAS to be by consent and must take into consideration the wishes of the accused who are the persons to be impacted by any erosion of their constitutionally protected rights; that is also the meaning of the rule of law.

Having optimistically awaited the advent of our new Chief Justice’s, its truly our hope that her first act will not be be to remove the defendants’ right to trial by jury, especially after the landmark case of R v Crayton Higgs has just restored that right and with all the sad unfortunate deaths in the UK – even a risk to the Prime Minister’s life – no rights of the British people have been limited under a claim of convenience.

Further contemplating the case being made out, I am of the view that having to wait until WHO declares the pandemic over completely ignores the position in individual countries and risks removing this constitutional right almost indefinitely.

As F Chambers’ Scottish Human Rights attorney -Ms. Mair pointed out – “the Scottish authority cited deals with ‘unreasonable delay’ and given the exceptional circumstances the world finds itself in, I expect a good case could be made for a delay being justified and reasonable.

One such major concern that I know will be voiced by others is the availability of the technological infrastructure to facilitate the contemplated remote trials.

An accused has the right to attend his own trial. Therfore, can our prison which is already strapped for basic necessities guarantee that a prisoner will have uninterrupted physical and internet access to attend his trial remotely?

How will the Accused be able to break and confer with his Attorney? There are so many unknowns in what has been proposed that such a decision cannot be hurried through the channels without proper and detailed thought as to how what is being proposed will operate in actuality.

Another major issue not addressed in the case made out is an Attorneys’ inability to access their offices and client files without contravening the 24-hour curfew. How will they be able to prepare for trial?

Where it is proven all over the world, that persons imprisoned are more at risk to contract the covid19 virus,  shouldn’t the approach be to avoid rushing to incarcerate offenders, as this virus can be a death sentence in a prison that is already overcrowded and in a country without the necessary facilities and equipment, struggling to address this pandemic?

While I do agree that in the current climate, there is much that can be done by consent due to advances in technology, for example Civil matters as proposed by the Chief Justice, I do also believe  effectively removing the right to trial by jury without consent for criminal trials, is a constitutional, social and public outrage.

I do also seek to humbly remind the Bench, that where TWAJO has been introduced it is for specific reasons and with specific safeguards provided and the constitution requires goverment to give reasons and timelines.

There is no such idea in constitutional law of suspending rights ‘until we see what happens.’ Where are the safeguards here?

Given the history of legislators in this country, be they British Appointed Advisory Council Members or Elected Officials, it has been the predictable outcome that once a case is made by the Bench for a protocol to be enabled, regardless of the Bar’s view against it, it is inevitably “shoved down our throats”.

Same way Legislators have done with many other laws, and the TWAJO is case and point which was made to jail the former Leaders of this country and nothing done by the Bar stopped that legislation from being enacted.

Such precedents are indeed troubling and even moreso, in respect of the present case and this almost non-existent consultation period.

We received the case at 7:47pm on Good Friday and was advised that the deadline for comments was end of day Saturday. I am deeply perturbed, how can such a constitutionally erosive issue be rushed?

In closing I must confess that I find the tenor of the incoming Chief Justice in the Protocols though coached as request to be instructive to the AG.

While I am certain that was not the Chief’ Justice’s intention, it must be highlighted that should it be construed as such, that interpretation would be dangerous for the island’s jurisprudence, the doctrine of separation of powers, the legal profession and the country’s citizens.

One should not put oneself in a position where colloquially one would say something smells in conch ground and it isn’t conch slop?

I consider that approach to be dangerous for the legal profession, the public at large and client’s outcomes.

In this respect, I offer a colloquial expression of caution to the Bar Leaders whose job it is to put its members position forward strongly, “if yinna don’t act, ya goin find out wha lobsta back red for” therefore the boundaries of common respect must be established or else the Bar and by extension its members will continue to be treated with scant regard to any and all matters where consultation is required by the Bench or any other authority.

It would be remiss of me not to ask you all to get your soul right with God, these are the last and evil days. I pray that we all emerge out of this crisis with good health and a saved soul.